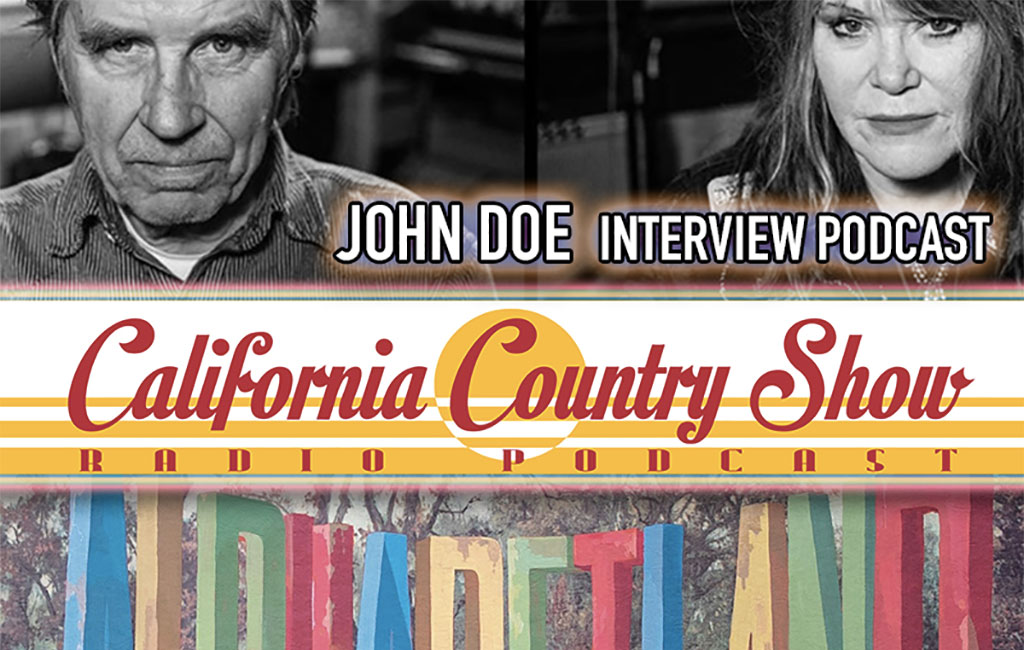 After a long absence, and in the middle of a global crisis, The California Country Show Podcast returns with a big special guest bringing with him even bigger news. It’s been 40 years since LA punk pioneers “X” released their iconic record “Los Angeles”, 35 years since they made a studio album! But, since the world ended… they decided to release “Alphabetland” early… as their message is needed more than ever.

John Doe has a storied career in punk rock and roots revival bands (even co-authored 2 books about it), in bands like The Knitters with Dave Alvin, in movies like Roadhouse, with a respectable solo career to boot. But what does he do to keep the music going when under quarantine? This podcast hopes to find out. Hear clips of “Alphabetland” and NOW BUY the full album on xtheband.com